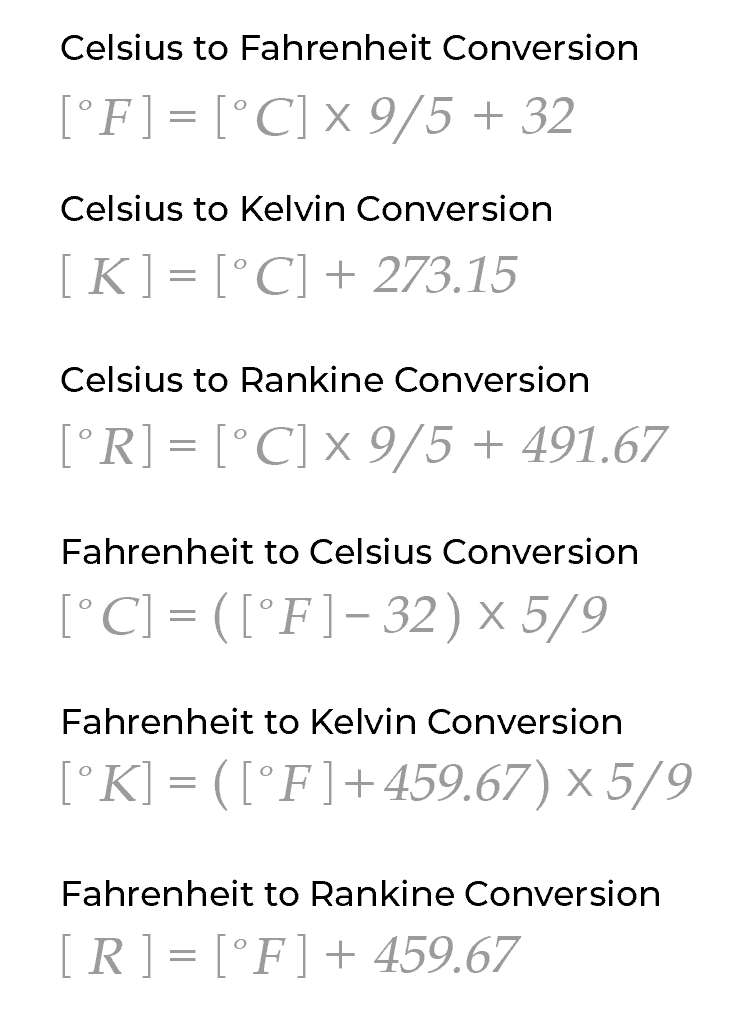 There are different types of thermometers that measure temperature and with different scales depending on your country of origin. Celsius, for example, has a simple principle, it was measured in relation to when water turns to ice and when water begins to boil since those two actions occur at the same temperature every time. This unit became standard in most countries except in the US. The biggest flaw Celsius has is that water’s boiling point changes depending on the altitude (pressure).

In science, the Kelvin scales reigns as it is based on universal principles and isn’t affected by any outside factors. One of the benefits with the Kelvin scale is that it is set to the same Celsius degrees for convenience purposes. The biggest difference is their starting points. On the Kelvin scales, 0 K signifies the coldest temperature physically possible, also known as absolute zero. To determine absolute zero, observing the relationship between pressure, volume and temperature will give you the answer. As pressure decreases with temperature, volume does too, in an isolated, controlled environment. Since reaching a negative pressure or volume is physically impossible, when those two reach zero, that tells us the value of absolute zero at 0°K = (-273.15°C) = (-459.67°F).

The Fahrenheit scale is heavily based on Romer’s scale. With this scales water’s freezing temperature is set at 32°F. For this reason, this scale is much more difficult to convert to Kelvin or Celsius. The Rankine scale is a thermodynamic (absolute) temperature scale that is based around the concept of absolute zero. It is like the Kelvin scale in that it starts at absolute zero, but it has the same change of 1°F, not 1°C.

Our converter will be able to show you conversions between the following units: